Has Tarek El Moussa Discovered the Next Property Brothers? 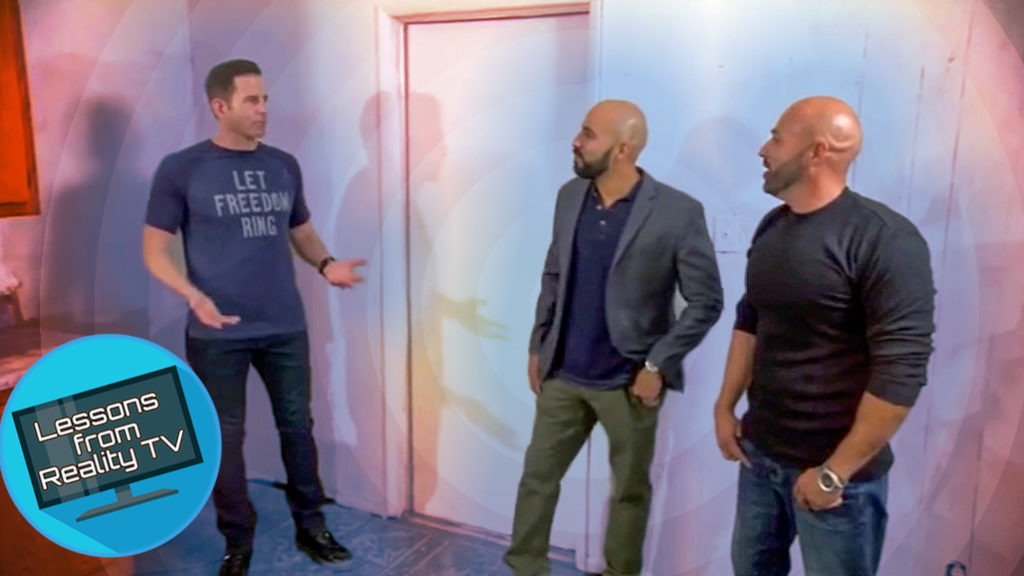 Tarek El Moussa was known for bickering with his ex-wife, Christina Anstead, on their show “Flip or Flop,” but there’s a new couple fighting this week on his new show, “Flipping 101 With Tarek El Moussa.”

This flipping duo are brothers—which means that the “Property Brothers,” Jonathan and Drew Scott, aren’t the only brotherly renovation team on reality TV.

In the latest episode of “Flipping 101,” titled “Fighting All the Way,” the brothers in question, Jesus and Marco, have all the tools and potential to run an amazing flipping business. With the combination of Jesus’s real estate license and Marco’s construction background, El Moussa has high hopes for this flip.

That is, if these brothers can ever stop arguing over every style choice they must make to finish.

Can El Moussa help these brothers find common ground and make a profit? Or will Jesus and Marco’s difference of opinion lead to trouble for this family business?

Read on to hear El Moussa’s advice for these house flippers, and what we can all learn about renovating a home.

A backsplash should have some pizzazz

Marco and Jesus have a very tough time deciding on finishes. While Jesus likes to go for cost-effective options in their flips, Marco prefers to install higher-end features.

So, when it comes time to choose a backsplash, the brothers have a hard time coming to an agreement. While Jesus wants to install a safe and affordable black-and-white tile, Marco wants to try something a little bolder, with a more expensive, but more stylish, blue-and-white backsplash.

El Moussa realizes that the brothers are wasting valuable time as they try to decide on a tile, so he helps the duo set new decision-making rules. He tells them that since Jesus has a background in real estate, he can have final say on buying and selling, while Marco, with his background in construction, can have the final say on the renovation choices.

That means that they end up picking Marco’s choice of backsplash, a beautiful diamond pattern that brings sophistication to the kitchen. While the black-and-white tile was nice, it was a little predictable. In the end, it’s clear that the blue backsplash is the right choice.

A pergola is a beautiful bonus

Marco and Jesus have big plans to build a pergola in the backyard, but El Moussa says this upgrade might not be a great idea.

He explains that potential buyers won’t walk away from a sale because there isn’t a pergola—even though if one had been in place, it would have been a serious bonus.

So, he tells the brothers to save their money and keep their focus on making the inside of the home stand out.

“The key to flipping,” El Moussa says, “is you want everyone to fall in love with the inside of the house. And then, the rest of the house, they can like.”

Despite El Moussa’s advice, the brothers decide to go forward with the pergola. And while the addition may not be the best investment for these flippers, the pergola sure does look great in the space.

The brothers didn’t listen to El Moussa’s advice on the pergola, and they definitely don’t listen to his advice when it comes to the trees in the backyard, either.

El Moussa likes the trees in the yard, and thinks they just need to be trimmed up before putting the house on the market. However, Marco decides to remove the trees instead, against El Moussa’s advice.

When El Moussa sees the yard, he points out that, without the trees, cars can be seen driving by on the nearby road. Now, to fix this, the brothers have to spend $1,000 to build a privacy fence on top of the yard’s existing wall, to block the view.

With the extra cost of the tree removal and the new fence, the brothers have spent much more money than they needed to. Still, it turns out well, because the yard looks beautiful, even without the trees, and the fence makes a chic addition.

While El Moussa insists that the interior of the house is what matters to buyers, he knows that curb appeal is also a big selling point.

When he first sees the brothers’ flip, the color of the home is an outdated peach. Of course, this has to go.

To make the home look more modern, they paint the exterior gray and white. The change makes the home look brand-new—and much more attractive to buyers.

A fireplace can be classic and modern all at once

A fireplace can make a home feel warm and inviting, especially when it’s as gorgeous as the one that Marco and Jesus pick out.

Fireplaces have come a long way over the years, from classic red-brick hearths with large mantels to the sleek, tile-clad ones El Moussa has been known to design in “Flip or Flop.”

Jesus and Marco’s fireplace is a happy compromise between old-fashioned and modern looks. It’s an electric fireplace, which is modern and convenient, but it’s also styled with white brick, to give it a classic feel.

Was this ‘Flipping 101’ tutorial a success?

El Moussa is impressed with Jesus and Marco’s speedy work and cost-effective methods. He had estimated that the renovation would cost around $70,000, but the brothers brought it in for just under $40,000.

Who knows? Maybe Jesus and Marco could end up with a house-flipping reality show of their own. Stay tuned!