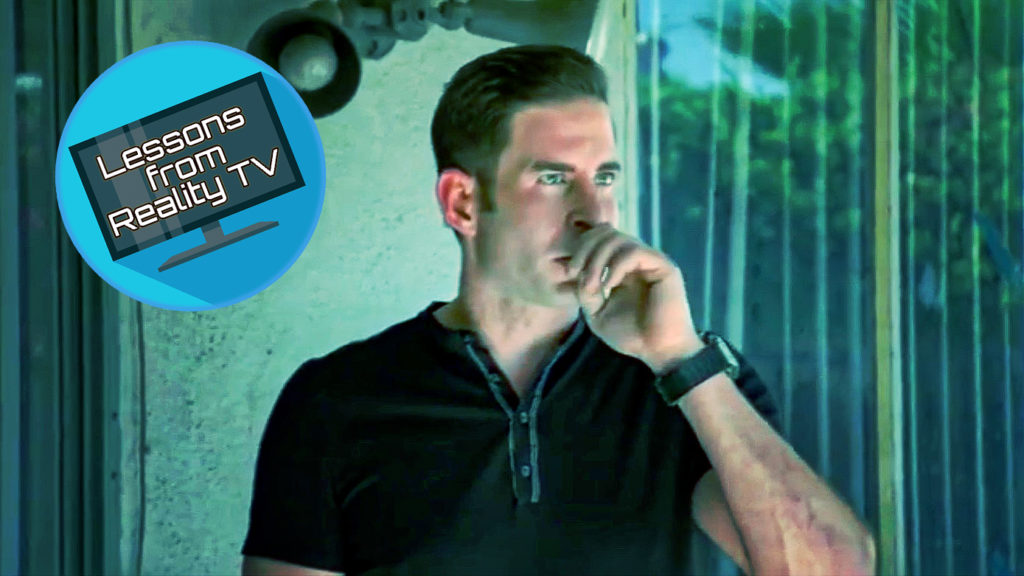 Tarek El Moussa has dealt with some pretty extreme smells in his career flipping houses. He’s put up with dreaded “cat houses,” the stench of mold, and even human feces.

But in the latest episode of “Flipping 101 With Tarek El Moussa,” he deals with a new doozy of an odor: marijuana.

In the episode titled, “That New Flipper Smell,” El Moussa works with John, a 19-year-old flipper trying to make good on his first big project. He’s working at a real estate investment firm, and has to prove his worth to move ahead in the company.

Can El Moussa help John turn a profit, or will this smelly house turn into a marijuana-tainted money pit? Read on to find out how John and El Moussa fix up this house, and the lessons we can all learn from the process.

Save money on fencing

When John first shows El Moussa the backyard, El Moussa spots, or rather smells, the marijuana problem wafting over from the neighbor’s yard right away.

Of course, growing marijuana is legal in California, but El Moussa knows that the overwhelming scent could be a deal breaker for some buyers.

El Moussa explains that the new buyer might have kids, and parents might not want their kids smelling marijuana whenever they go outside. “I wouldn’t be too excited about my kids back here with those big marijuana plants,” El Moussa says.

While John’s solution is to simply cover it up with a taller fence, El Moussa says that more fencing would be a waste of money. He recommends they keep the fence the way it is, focus on cleaning up the yard, and simply go talk to the neighbor.

So, John asks the neighbor about his plans for the marijuana. It turns out that the neighbor will be selling what he’s grown, and the plants should be gone by the time John puts the house on the market.

Good thing that John didn’t spend money on a fence he didn’t need!

Adding shutters can make for a cheap fix

When it comes to revamping the exterior, John wants to give this house a modern look, with a fresh coat of white paint. El Moussa loves the idea, but thinks that this house may need a little something extra to make the exterior pop.

He recommends adding some simple wood shutters to the front window. That will add some contrast and depth to the front of the home, without costing a fortune.

In the end, El Moussa proves he was right. The shutters bring the perfect amount of color and character to this midcentury modern home.

Save money with mulch

While the exterior of the house may only need a few quick cosmetic fixes, John and El Moussa agree that the cracked driveway is a big problem.

El Moussa recommends redoing the driveway, but laying it a little bit smaller, to save some money. Then, to fill up the space, he recommends putting some mulch in on the left side of the yard.

Mulch, El Moussa explains, is a great option for this house.

“It has that midcentury modern feel,” he says, “it costs almost nothing, you don’t have to do irrigation, and it’ll actually be a design feature.”

With a flip, time is money

Usually, selection of a backsplash is a thoughtful, carefully considered process. But for this flip, El Moussa has to throw his best practices out of the window.

The renovation is delayed because John can’t pick a tile for the kitchen backsplash, and El Moussa is disappointed, explaining that some of the biggest delays happen when materials aren’t chosen on time.

He looks through the three tile samples John has picked out, and while his favorite is a dark, modern tile, he chooses a white-and-gray design, because it’s the only one that is available immediately.

Luckily, the tile choice works well in this midcentury modern home, bringing some extra style to the kitchen.

Bring light in by removing a patio roof

When El Moussa and John first walk into the home, John explains that he’s thinking of putting a skylight in the living room to add some light. El Moussa tells John to save his money.

Once the old patio roof outside is removed, the sun shines through the back door and into the living space. It’s an easy—and inexpensive—solution.

There’s a lot riding on this flip. John’s reputation as a new house flipper is on the line, and on top of that, his investor has a lot to lose.

Since John is working for an investment firm, he’s not the one fronting the money. So, when he estimates the renovation costs at $60,000, and El Moussa says it will take at least $15,000 to $20,000 more, John has to go back to the investor and ask for more money. He’s not off to a good start.

However, with El Moussa’s help, the flip soon gets back on track—and the renovation looks amazing.